In July, Team 1188 went to Robocon in Lapeer, MI. At this off season event Team 1188 worked on informing our new members about how a competition setting works. We had new members perform a range of tasks that went from driving and operating the robot in matches to working on the robot in the pit. The competition was not about winning but informing the new members, even though it’s always fun to win. We did pretty well seeing as we had all new drivers coming in at rank 12. 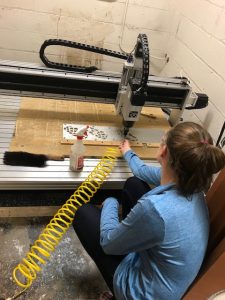 In October, Team 1188 went to West Michigan Robotics Invitational in Zeeland MI. At this offseason event Team 1188 also worked on informing our new members but surprisingly we did pretty good. We had a season-best performance at this competition, seeding 4th.

During the fall Team 1188 worked on gaining new members by showing off our robot at a school event called the Raven Rally where all the clubs show off things that would interest someone to join their club. Through this we picked up many new members. The new members got a feel for our team by participating in fall meetings and attending WMRI. We have new members work with veterans of the team to help build off season projects to make our team more efficient 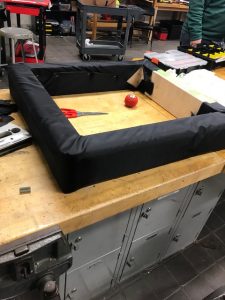 The projects we our working on at the moment are building a mini robot to show off our skills to newcomers who are thinking of joining and anyone who is interested. We our also building a custm gearbox on our awesome CNC machine.